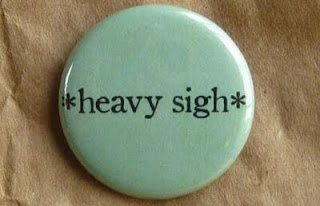 
“And now, inhabitants of Jerusalem and people of Judah, judge between me and my vineyard. What more was there to do for my vineyard that I have not done in it? When I expected it to yield grapes, why did it yield wild grapes?” (Isaiah 5:3-4)
It’s in here where I could hear that loud “divine sigh”, of God’s seeming frustration of what has become of His “Chosen People”. In spite of Israel’s distinct privilege to have been chosen as the people through whom God’s revelation would be made manifest, Israel forsook Yahweh, time and again, and turned to other gods. In spite of the divine tender care given by God to His beloved Israel hoping for her to bear “good grapes”, Israel, by her repeated unfaithfulness, bore “bitter grapes”. Israel was the grapevine that was planted to yield award-winning vintages and yet produced instead only sour grapes, yielding a spoiled harvest. Israel’s unfaithful response, after all the tender love and care given by God, caused God, I think, to have his loud “sigh”.
Another illustration of this “divine sigh” is found in today’s Gospel lesson from Matthew. The first scene is almost an echo of the one pictured in Isaiah and in fact is. But there’s more to it than the unfruitful yielding of the vine. In Matthew’s account, the unfruitful response lies on the attitude of the tenants.
Here how the story is played out.
“There was a landowner who planted a vineyard, put a fence around it, dug a wine press in it, and built a watchtower. Then he leased it to tenants and went to another country. When the harvest time had come, he sent his slaves to the tenants to collect his produce. But the tenants seized his slaves and beat one, killed another, and stoned another. Again he sent other slaves, more than the first; and they treated them in the same way. Finally he sent his son to them, saying, `They will respect my son.' But when the tenants saw the son, they said to themselves, `This is the heir; come, let us kill him and get his inheritance.'  So they seized him, threw him out of the vineyard, and killed him.” (Matthew 21:33-39)
The tenants had a deal. The vineyard was just leased to them. The owner was to collect his fair share of the produce. What happened to all those “expected” results?  Quite the reverse actually. They beat one, killed another and stoned another. Rather than fulfill their end of the deal, they rebelled against him, even killing the master’s son. In this latter scene, perhaps it was not just a loud “sigh” but “tears” rolling down God’s cheeks.
Isaiah’s story of the Frustrated Landowner and Matthew’s Parable of the Wicked Tenants are so evocative of the circumstances attending the death of our Lord Jesus Christ. The unfruitful response of the world to whom God sent His only begotten Son led to God’s salvific sacrifice of that very same Son.
To have yielded bad grapes and to have lost his son in the hands of the tenants had their corresponding results.
In the case of Isaiah’s story, here is what he says: “I will remove its hedge, and it shall be devoured; I will break down its wall, and it shall be trampled down. I will make it a waste; it shall not be pruned or hoed, and it shall be overgrown with briers and thorns; I will also command the clouds that they rain no rain upon it.”
In the case of the Parable of the Wicked Tenants, as suggested by the listeners, the landowner should have “put those wretches to a miserable death, and lease the vineyard to other tenants who will give him the produce at the harvest time.”  But that was not what Jesus told them would happen. He did not agree that the wicked tenants be readily put to miserable death. Instead, he would give the vineyard to others who would be able to take good care of it. In other words, God gives us a second chance. He indeed gives out a loud “sigh” at the failures that we incur especially when we think that “this land is my land”; when we think that we were never mere stewards to begin with. And while there might be some major rolling down of tears from a “frustrated” God, yet He never gives up.
And there is the twist. God never, ever gives up; never stops loving, never ceases to find a way to bring forth the best “wine” the world ever tasted, even if it costs God everything. In the end, God is intent on sharing that vintage with the whole Creation, raising the glass in celebration of our love for Him and to one another, because we finally offered it on our own free will and accord and quite passionately, as well; the way His love was first offered to us.
Then and only then will we be able to let God stop from his “divine sigh” and cease from shedding tears of frustration.
Posted by Bayani D. Rico at 6:14 PM