How fruitful a branch are you? 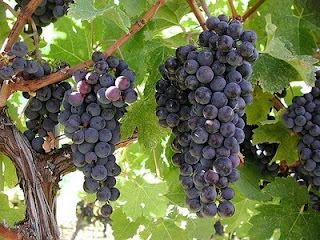 In last week’s gospel lesson, we were likened to “sheep” and now, we’re the “branches”. Guess what we will be likened to next Sunday. We’re going to be referred to as “fruitful lovers”. But you need to be here next week to learn more about it. Of course. For now, let me ask this: “So, how are things with you, fellow branches? Anybody getting pruned, yet? Anybody cut off for good? I truly hope nobody.”

Some people find the figures of speech Jesus used in his teaching ministry to be at times, quiet annoying. The reason for their saying this lies on their observation that the objects Jesus compares his listeners to are often plain and ordinary and, if I can coin a word, are “flawful” - meaning laden with flaws and defects, void of the perfections others often claim they have.

In my reflection last week concerning sheep-imagery, I mentioned in passing about the deficiency in getting compared to such. Today’s imagery is among the ones I think could fall into that category of “annoying” metaphors. Branches. Branches of the vine! Before I go any further, let me first share a few background materials.

Jesus, soon after his baptism at the river Jordan by his cousin John the Baptist, spent about three years doing his earthly ministry. He attracted quite a following and from among them, he chose a cadre of his inner circle, referred to usually as the twelve apostles, who constantly went with him as he preached a radically different understanding from what Israel has been previously taught and learned.

They were the same group who saw Jesus performed miracles of healing and restoration. It was also the same group that seemed to have not grasped the gradual revelation of God’s purpose towards the fulfillment of Man’s redemption, in spite of their constantly being in the company of Jesus. This misunderstanding started to translate in an attitude of disbelief, particularly when Jesus began to tell them that he had to die but that on the third day he will rise.

In what biblical scholars refer to as Jesus’ “Farewell Discourse”, Jesus began to say his ‘last words’ to those who were closest to him and John’s version of the Gospel lists what is known as the “I Am Sayings”. Today’s gospel lesson is one of those sayings. “I am the true vine”, Jesus said.

Anticipating some signs of weakness, should the pain and terror of his impending death caught up his disciples, Jesus reassured his disciples that their faithful relationship with him and with each other should be maintained and he did this by calling to his disciples’ attention something which was familiar to them and that was through reminding them about ‘vine and branches and fruits and pruning’; images which Israel know by heart.

Listen once more to the words Jesus said.
"I am the true vine, and my Father is the vinegrower. He removes every branch in me that bears no fruit. Every branch that bears fruit he prunes to make it bear more fruit. You have already been cleansed by the word that I have spoken to you. Abide in me as I abide in you. Just as the branch cannot bear fruit by itself unless it abides in the vine, neither can you unless you abide in me. I am the vine, you are the branches. Those who abide in me and I in them bear much fruit, because apart from me you can do nothing. Whoever does not abide in me is thrown away like a branch and withers; such branches are gathered, thrown into the fire, and burned.”

My first exposure to vine and branches and grapes was from my first visit to Vallejo, California back in 1991, and, when my brother, now deceased, took me to Napa Valley. I thoroughly enjoyed our picnic style lunch on the grounds of Sattui Winery with wine and cheese and sweet smelling loaf of bread. I also remember noticing rows and rows of well-cared vines with branches teeming with grapes and I wondered how much time and effort and love were poured onto them.

What I noticed about this sculptured landscape of grapevines is that row after row, there was a distinct trunk, the vine and then a thick tangled mass of branches at about shoulder height. The branches were so profuse and tangled and heavily leaf clad that without careful scrutiny, it was hard to tell one branch from another and almost impossible to tell where one ends and the next one begins.

“I am the vine and you are the branches,” says Jesus. Well, if you stand on the road side of one those vineyards looking over the fence while contemplating the meaning of that statement, the first thing you will realize is that it is as though Jesus is telling you that you will not stand out from the pack in some special way, or receive any great fame or recognition. It is an alarming reminder that as branches, you are really nothing but a branch among other branches.

“My father is the vine grower,” Jesus says. You can ask wine growers if they have a favorite branch in their vineyard and they’ll tell you they’ve none. There are only two types of branches - ones that produce fruit and ones that don’t and the latter get cut off. The ones you see in those well-cared rows of vines are actually good branches. Of those branches, however, not one stands out as any more important than the others; in fact, they’re just all co-existing, as it were, all tangled up and producing fruit.

As an illustration for the church, this imagery is way too different than the ways we’re familiar with. We’d be more familiar with something like “I am the building and you are the staircase,” so that we could set about determining where in the staircase we fit. Are you on the higher rung or are you a bottom step or somewhere in between? But this is so radically different.

“I am the vine and you are the branches, and my Father is the vine grower.” If that really is the way God regards us in the ‘Beloved Community’- the Church, then we do not have any right to measure ourselves off against one another. There’s no reason for us to even think that we could allow ourselves to engage in some kind of competition, like those we see in reality shows. ‘You’re safe or you’re in the bottom three.’

“I am the vine and you are the branches, and my Father is the vine grower.” As branches whose reason for existence is to bear fruits, we then should only entertain whether we are able to reflect the fruits of God’s mercy and love, his justice and peace, in the very lives we live.

The Church, the ‘Beloved Community,’ should only be concerned whether justice prevails or whether God’s love permeates the lives of all her members. We are, after all, either abiding in Jesus, the Vine, or we’re not. If we are, we will be fruitful and if we’re not we’ll be like a branch that’s been detached from the vine, rootless and rapidly drying out!

Fruitfulness is the natural end result of developing a healthy relationship with Christ. Our Lord Jesus Christ says, “Those who abide in me and I in them bear much fruit.” He does not say “Those who work their guts out at being fruitful, at being loving, just, peaceful, gentle, self-controlled, patient etc. will, by doing so, find themselves related to me.” The equation runs the other way around. He’s telling us that we should first strengthen our connection to him, to graft ourselves firmly on to the vine, to draw deeply on the sap that is God’s Spirit and then we will be fruitful.

That statement could be readily dismissed as too far detached from reality! Such comment should not surprise us at all because we live in a culture that tells us constantly that if we want to be worthwhile and productive people we must strive for independence and stand on our own feet. America is best known for holding up and even revering the image of rugged individualism.

But from what Jesus is saying, we thereby learn that fruitfulness is not based on our independence but on our interdependence. We are dependent on Jesus, the Vine for a healthy root system that will ensure our continuing fruitfulness. It is by our relationship to Jesus that we have the capacity for fruitfulness, and by the development of that relationship our fruitfulness will grow.

God the Vinedresser will do his part; this much we believe. But we also know that if God were to carry out what He intends to do, things could get scary. Sometimes we won’t even like it. As the passage makes it clear, even the fruitful branches need some pruning, We also know very well that ‘going under the knife’ is never a pleasant experience, even when you know it’s for your own good. Pruning hurts but it hurts for the better. You will bear much more fruit.

Brothers and sisters in the Lord, at the start of this reflection I made mention that at times the figures of speech Jesus has used could be a bit annoying. I could relate to that in the sense that I have observed others to be so full of pride and arrogance. It is in this area where their being compared to branches could get annoying. Some questions that would float around are the following. “How dare Jesus compare me to just an ordinary branch? How dare him compare me to be needing to get “pruned” to bear much more fruit? Are my gifts to the community and to the church not enough? How dare him compare me to a dead branch that could get “thrown into the fire and burned”?

My good friends in Christ, if and in the event any of you think along this line, my prayer is for you to listen with all your heart to what the Lord is telling you. He is saying all this to remind you of your calling of “bearing fruit”. A healthy branch, indeed, bears fruit and if we, by God’s grace, would bear much more fruit, would that not be great? After all, shouldn’t the Vinegrower enjoy the fruits of His labor?