Restoring the goodness in us 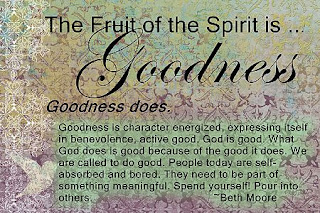 Assuming you know something about the prophet Amos and his passion for justice and depending on your status in the community, you either love and idolize him or develop an utter dislike of him or even hate him.

There’s something quite unique about prophets like Amos especially because they’re considered saying stuff on behalf of God. It is this particular connection that they have with the Almighty that makes them the windows through which we feel what God feels.

Applying the term “pathos” as understood and popularized by the great Rabbi Abraham Heschel, prophets were the ones who kind of felt the “feelings” or “pathos” of God; especially in the sadness of the Creator as His creation turns from the goodness of the heart into paths of reversals.

Now, these are kind of “loaded” statements but let me work on that a little bit.

I believe that God expects of His creation, the manifestations of what He saw at creation. Recall that after viewing the works of creation, Holy Scriptures tells us that God saw them to be good.

In other words, God was pleased with the “goodness” that He saw in them. This was taken a notch higher when, after God had created Adam and Eve, and after He had seen all that He had done, God was extremely pleased and saw them to be “very good”.

It must have been a divine “Happy Hour” for God; unwinding after some hard work! It was short lived, though! The bible tells us that something wrong happened; something that impinged on that beauty and goodness that God first saw in Creation.

There was the Fall of Man; there was disobedience, there was Sin and the “goodness” that God desperately wanted to see flourish in His creation get interspersed with an opposite ugliness. At times mild, but every so often, just too radically ugly! And when such “falling on the way side” takes place, God gets upset, I suppose, but then quickly supplants it with pleadings for reconciliation as well as tempered yet blunt reminders of what is expected of His creation. God, I believe, is quite persistent in this regard mainly because of his penchant for righteousness!

Among the ways God had employed in bringing about this much sought after change of heart from those who had “fallen by the wayside” were the Law as handed down through Moses; and then later on, with prophets like Isaiah, Jeremiah, Ezekiel, Hosea and of course from the one we heard today, the Prophet Amos.

And so, when you hear the words coming from the prophets of old, with them becoming the “voices of God” as God reaches out to His creation, you somehow get into the “pathos” or the feeling of God, of the sadness that comes out from God. And with the words of God spoken through the prophets; words that “disturb” the placid waters of indifference and apathy, the listeners, as I’ve said earlier, either would love them or put forth a strong dislike of them.

It is with this frame of mind that I now invite you to revisit the words of the prophet Amos. Listen now to God’s words.

“Alas for those who are at ease in Zion, and for those who feel secure on Mount Samaria…
Alas for those who lie on beds of ivory, and lounge on their couches, and eat lambs from the flock, and calves from the stall; who sing idle songs to the sound of the harp, and like David improvise on instruments of music; who drink wine from bowls, and anoint themselves with the finest oil, but are not grieved over the ruin of Joseph!”  Amos 6:1a, 4-7 (NRSV)

For us to fully appreciate the point I raised about either liking or disliking the prophets, and in this particular case, Amos, we need to remind ourselves that as Sin or the “falling by the wayside” had continued through the years, the once unified, strong, stable United Kingdom that David and Solomon started, eventually split into two; the Southern Kingdom of Judah, with its capital in Jerusalem and the Northern Kingdom of Israel, with its capital in Samaria.

As it turned out, those northern kingdom of Israel became inwardly preoccupied; meaning their source of pride of being “The Chosen” has profusely become almost irreverent. They had little concern for God and His people. There was lessening of sincerity in their worship. Their concern was more about themselves. They have turned indifferent to the plight of the poor and their isolation was becoming more pronounced in the chasm between the rich and the poor. And this was no longer pleasing in God’s sight. In other words, there was the diminishing of the “goodness” that God expected to see from His Chosen People.

And so, what did God do? He called on the Prophet Amos and used him as His spokesperson to make His intent known.

Here again are the words as written by Amos but this time I will use the Common English Bible (CEB) version.

“Doom to those resting comfortably in Zion and those trusting in Mount Samaria … who lie on beds of ivory, stretch out on their couches, eat lambs from the flock, and bull calves from the stall; who sing idle songs to the sound of the harp, and, like David, compose tunes on musical instruments; who drink bowls of wine, put the best of oils on themselves, but who aren’t grieved over the ruin of Joseph!  Amos 6:1a, 4-7 (CEB)

God is somehow saying: “How dare you just lie in comfort on your ivory beds, stretching on your couches and fattening yourselves? How dare you indulge in libation and do nothing while your fellow creatures around you are in want? How dare you flaunt yourselves in complacency and indifference and be purely nonchalant about all this heap of misery?

Thus God decided to give, what I call, a “holy jolt”. He says, again through the prophet Amos the shepherd from Tekoa: “Therefore, they will now be the first to be taken away, the first to go into exile, and the revelry of the loungers shall pass away.”

And so, if you were to virtually go back in time, how would you regard Amos? If you were one of those wallowing in the lavishness of pomp and circumstance, of course, you would dislike him big time! But what if you were among those who had been less fortunate? Hooray! You have someone to champion your cause!

This may sound so far distant and perhaps, nothing more than just an historical view of the circumstances of the time and a good biblical reminder. I beg to differ, of course. In fact, the way God used the prophet Amos in reaching out to the indifferent and complacent gets repeated in the story told by yet another great prophet, no less than God’s Son, Jesus Christ.

And this is where we take another look at the gospel lesson for today (Luke 16:19-31); another shot of the “holy jolts”, if I may say so.

Jesus, who has assumed a similar role of being a harbinger of the disturbing but “good news”, tells us that there was this unnamed “rich man who was dressed in purple and fine linen and who feasted sumptuously every day”.

Notice the similarity in the description that Amos had once used. But instead of the community-oriented apathy described in the passages in Amos, the rich man’s “distancing” or “self-imputed isolation” in the parable, involved someone named Lazarus. He is described as being “covered with sores, who longed to satisfy his hunger with what fell from the rich man's table; even the dogs would come and lick his sores”.

Now, that is some “disturbing” description! “Satisfying his hunger with what fell from the rich man’s table”! This means that the rich man totally ignored Lazarus, and with him at the gate of his property, the rich man could not have missed this pathetic sight of dogs licking the sores. And yet he did nothing to him except deny, reject, ignore!

Perhaps, the action of this rich man, sometimes referred to as “Dives” (which is Latin for “rich man”) is so symbolic of the willful ignoring that some of us may be guilty of. I know I’ve been!

Almost on a daily basis, I’d see a contemporary version of the Lazarus and Dives story. I hate it when the traffic lights at the Redwood Parkway/Admiral Callahan turn red and I had to stop. Reason? There’s usually this “homeless” panhandler who carries a “will work for food” sign or something of that nature, who approaches me and won’t move until the light turns green.

And the guilt trip gets aggravated especially when I’d be wearing my clerical collar. He probably thinks, “Hey, the Padre is here and he’ll give me a buck. Tough luck! I don’t and I usually justify my indifference by saying he’ll most likely spend the money I’d give just for booze or even drugs.

In some sense, I share with those Northern Kingdom folks near Mt. Samaria, enjoying their tokens of affluence and with those who had affinity to “Dives”, in their dislike to their prophets who called attention to the utter indifference against the disadvantaged and those living on the margins of society.

Those calls made by God through the prophets are calls for amending ways of disregard for the less fortunate and they get re-echoed again and again.

We are fortunate that, in some sense, we have “Moses and the prophets” and even more importantly we have Christ Jesus who has modeled for us how those who have “fallen by the wayside” get reconnected with the One who has promised life eternal to those who truly turn to him.

In that house not made with hands, eternal in the heavens, all those who had been fortunate and less fortunate irrespective of the material comforts they’ve enjoyed or not, join hand in hand in breaking bread at that heavenly banquet.

I invite you, dear friends in Christ, to take a closer look at the readings we have for today. In your spare time during week, read, mark and inwardly digest the passages and ponder on what they mean to you as you continue to walk your faith journey.

Try and see whether your initial dislikes for the disturbing message of the prophets Amos and that of Jesus could transition to an appreciation that our different and sometime divergent stations in life do become tools of isolation, not only from our fellow creatures but also and more importantly, from our great Creator.

May we then realize that there are ample opportunities given and offered us to bridge back the distance that was forged because of those isolations.

May we appreciate even more that being in the “bosom of Abraham” is something we can have, for as long as we continue becoming closer to what God created us to be and by restoring the “goodness” that may have fizzled away as we walk our journey of faith.
Posted by Bayani D. Rico at 3:30 PM