"where the tide regularly ebbs and flows" 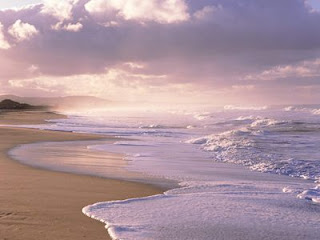 I was truly mesmerized by it!
After all it was my first experience to view such a large body of water. I’ve heard about it but I’ve never known what sea could look like! It was the biggest one; at least that was what my small mind thought it was. I was young and naïve; bred inland and never been to a coast and the sight I was beholding was such a beauty that I could not refrain from being drawn to it.

And I dared come closer to find out more about this sight that was totally new to me. 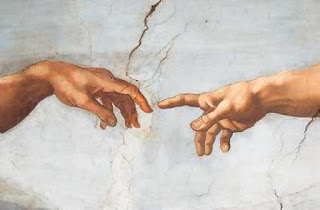 I have asked a good number of people this question in a variety of settings and on many occasions, this would be asked in the context of my conversations with folks whom I find to be veering off the path which a “believer” would likely take. This question gets thrown at them when, in the course of our conversations, I would notice that what looms ahead of them would indicate some precarious decisions that could possibly be rectified by an awareness that there is actually a greater power and a higher authority beyond what they might know by then.
Hence, should I notice that they blame their inability to advance their intention mainly on their human faculties, I would steer our conversations toward the issue of divine intervention and I would ask: “In whom do you put your trust?” In almost all cases, the reply is: “In God.”
Have you been asked that question before? Have you asked it of others? If your answer is in the affirmative, chances are that the circumstances attending it are similar to the ones I have alluded to; and that’s when you get somewhat disillusioned by the way things and events are playing out in your lives.
There are times when life gets a little unpleasant; a little bit hollow and empty, when what you plan and where you invest your resources in give you unwanted results and in utter desperation you gradually slip into that state of bleakness and you end up blaming yourselves; or your spouse, or your parents or your doctor or your Boss and all others both near and far.
And unless your attention is redirected to the very “Source of your well being”, you would end up with a very negative view of life and might even destroy any interest to continue on living. But, when in conversation about your predicaments in life, you are asked where you put your trust, there’s a good chance that the “shutters” which have induced darkness in your life could be drawn up and brighten your day, thereby allowing you more opportunity to seek for the healing grace of the God of Love to resolve your issues in life.
We have a good model of this trusting stance in the person of Abram who was told by God "Go from your country and your kindred and your father's house to the land that I will show you.” (NRSV Genesis 14: 1)
If Abram, whose name would eventually be changed to Abraham, were to have followed the dictates of his mental faculties or even just common sense; and if he were to have valued his cultural expectations, then this “command” or this “invitation” to leave behind all that he had, would have induced him to view a bleak and uncertain future. To use a familiar slang, Abram could have easily said “No way, Jose.” No one in his right mind, in that context, would have ventured to leave and depart from an arrangement that has already insured the niceties in life.
Abram could have just taken a quick look at his wife Sarai, whose name would also be changed to Sarah, and would have felt the uneasiness that his frail wife would have to bear, if he were to consent to Yahweh’s command. Again, Abram could have easily said “No way, Yahweh.”
Yes, it would have been pointed out to him that the journey into an unchartered land would be treacherous; that the “I will show you” part looked dubious; that there will be a stockpiling of unknowns.  But then, I am most certain the question must have been asked of Abram “In whom do you put your trust?”  and Abram must have wholeheartedly replied “In God.”
Trusting in God is tantamount to letting go of that which we foolishly cling on to and letting God work His purpose out. There is this phrase, “Let go and let God”, almost a cliché by now as it has been so overly used. I too have used it so many times when I speak to folks who are amidst life uncertainties. I would ask them “In whom do you put your trust?” and if replied in the affirmative, I then would say “Let go and let God”. In other words, I challenge them to hand things over to God and be ready to meet great surprises in their life; as it did with Abram and Sarai who “let go” of their uncertainties and “let God” fulfill the promise of making Abram the Father of many nations.
As we continue our Lenten journey, perhaps, we could revisit those instances or times in our lives when we were tempted to use our “square pegs for the round holes” and then let the Great Architect of the Universe alter either our pegs or the holes and allow Him to transform things for His greater glory.
Yes, life is not always a “bed of roses” and if it is, it could be a thorny one! Life will not always be played out according to our rubrics or according to our script. There will be more villains that our leading man can handle and there will be unpleasant undertakings that’ll surely dampen our zest in life. But life has more to offer than what it had given in the past.
We need to move on.
We need to let go and we need to let God.
So, tell me, “In whom do you put your trust?”
Posted by Bayani D. Rico at 12:46 AM No comments:

What we can do with Lent 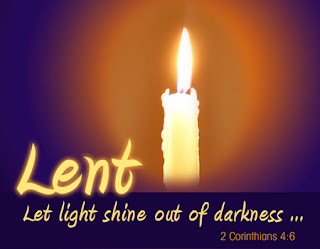 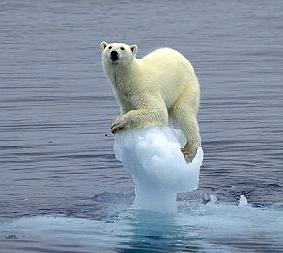